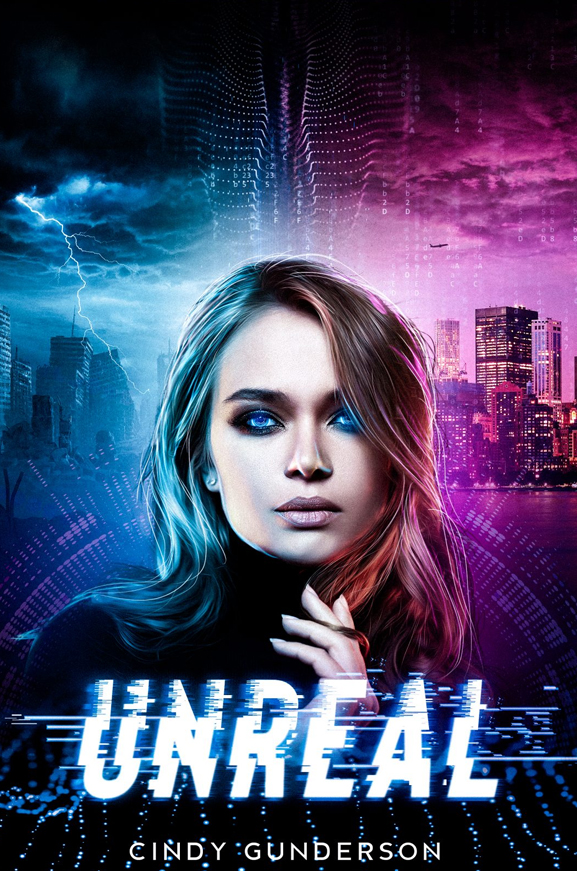 Augmented reality has transformed the world from drab to gorgeously stunning. But when you can’t trust what you see, can you believe anything or anyone?

Channel is Unreal. After the devastating Campi eruption, people flocked to new Communities offering retinal implants to modify their world into something beautiful again. Living in Paradise 3 Community, Channel’s only goal is to become a World Builder and improve the augmented reality code for everyone living there. Her opportunities seem endless until new implant technology is announced – this time with the ability to augment all the senses. With dashed dreams and her skills rendered virtually useless, Channel is left with none of her prior options…but has one salacious opportunity.

Mila is Real. Living with her parents who fought to remain independent from the Communities, her world is the antithesis of privileged. With a dwindling peer group, a lack of resources, and seemingly no hope for her future, she jumps at the chance to travel with her brother Alek in search of other free Real societies. Though they have outdated information and virtually zero knowledge of what could lie ahead, Alek and Mila leave the only home they’ve ever known under cover of night.

When Mila and Channel’s paths collide, they become torn between the worlds they thought they knew and a brazen reality they could never have imagined. Will they risk it all to understand what it truly means to be Real?