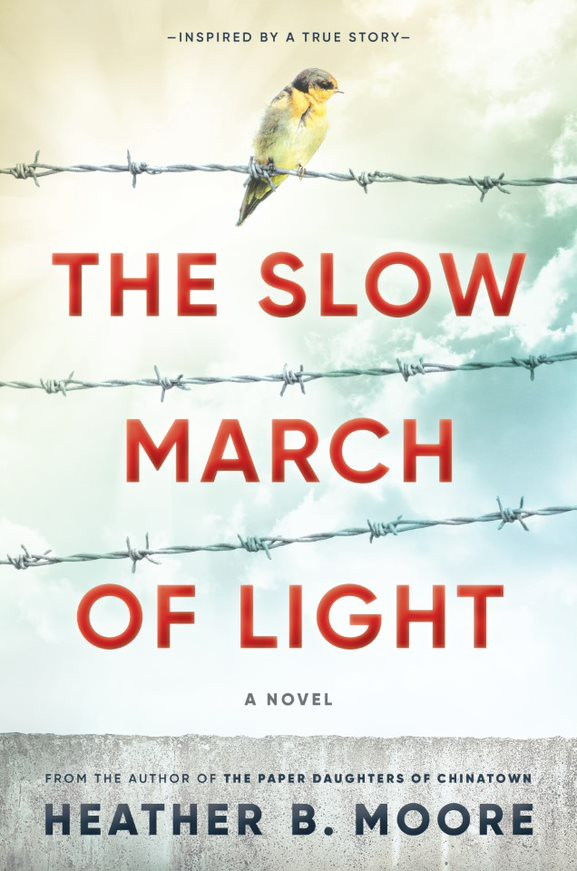 In the summer of 1961, a wall of barbed wire goes up quickly in the dead of night, officially dividing Berlin. Luisa Voigt lives in West Berlin, but her grandmother lives across the border and is now trapped inside the newly- isolated communist country of East Germany. Desperate to rescue her grandmother and aware of the many others whose families have been divided, Luisa joins a secret spy network, risking her life to help bring others through a makeshift, underground tunnel to West Germany. Their work is dangerous and not everyone will successfully escape or live to see freedom.

Bob Inama was an outstanding university student, with plans to attend law school when he is drafted into the US Army. Stationed in West Germany, he is glad to be fluent in German, especially after meeting Luisa Voigt at a church social. As they spend time together, they form a close connection. But when Bob receives classified orders to leave for undercover work immediately, he does not get the chance to say goodbye.

With a fake identity, Bob’s special assignment is to be a spy embedded in East Germany. His undercover job will give him access to government sites to map out strategic military targets. But Soviet and East German spies, the secret police, and Stasi informants are everywhere, and eventually Bob is caught and sent to a brutal East German prison. Interrogated and tortured daily, Bob clings to any hope he can find from the sunlight that marches across the wall of his prison to the one guard who secretly treats him with kindness to the thought of one day seeing Luisa again.