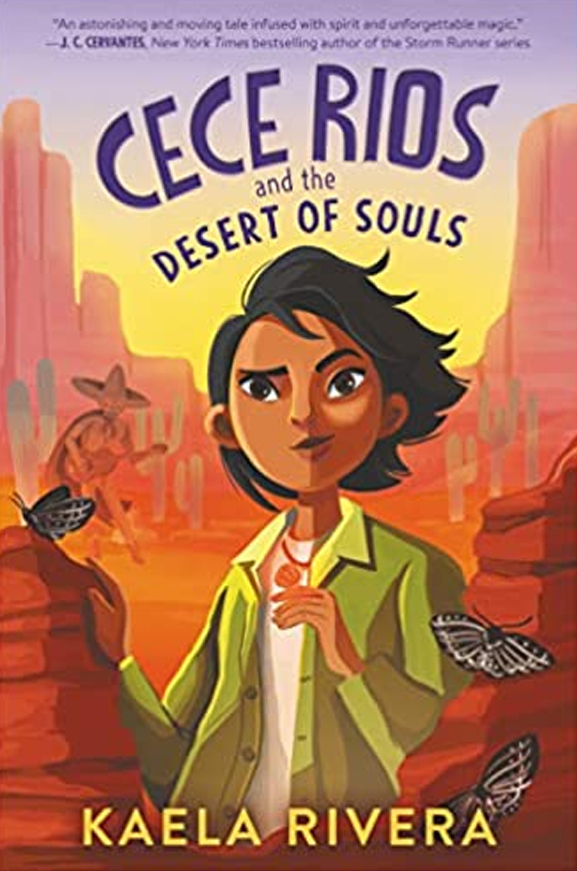 When a powerful desert spirit kidnaps her sister, Cece Rios must learn forbidden magic to get her back, in this own voices middle grade fantasy perfect for fans of The Storm Runner and Aru Shah and the End of Time.

Living in the remote town of Tierra del Sol is dangerous, especially in the criatura months, when powerful spirits roam the desert and threaten humankind. But Cecelia Rios has always believed there was more to the criaturas, much to her family’s disapproval. After all, only brujas—humans who capture and control criaturas—consort with the spirits, and brujeria is a terrible crime.

When her older sister, Juana, is kidnapped by El Sombrerón, a powerful dark criatura, Cece is determined to bring Juana back. To get into Devil’s Alley, though, she’ll have to become a bruja herself—while hiding her quest from her parents, her town, and the other brujas. Thankfully, the legendary criatura Coyote has a soft spot for humans and agrees to help her on her journey.

With him at her side, Cece sets out to reunite her family—and maybe even change what it means to be a bruja along the way.