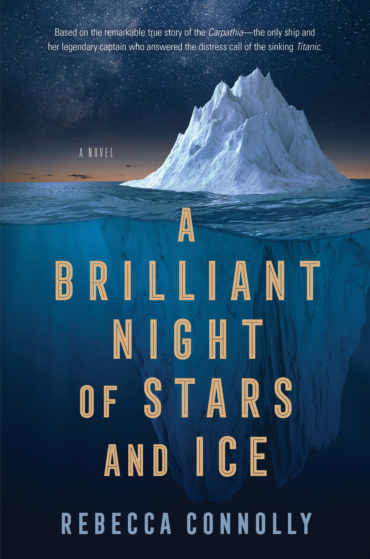 Shortly after midnight on April 15, 1912, the captain of the Carpathia, Arthur Rostron, wakes to a distress signal from the Titanic, which has struck an iceberg on its maiden voyage. Though information is scarce, Rostron leaps into action, determined to answer the call for help. But the Carpathia is more than four hours away, and there are more questions than answers: Will his ship hold together if pushed to never-before-tested speeds? What if he also strikes an iceberg? And with the freezing temperatures, will there be any survivors by the time the Carpathia arrives?

Kate Connolly is a third-class passenger on Titanic, and she is among the last to receive instruction and help after it hits an iceberg. Despite the chaos of abandoning ship, Kate is able to board a lifeboat, though after seeing the Titanic sink into the abyss and hearing the cries from hundreds of people still in the water, she wonders if any rescue is even possible.

Told in alternating chapters from both Captain Rostron and Kate Connolly, this novel is a compelling, heart-pounding account of two eyewitnesses to an epic disaster. Rostron’s heroic and compassionate leadership, his methodical preparations for rescue, and his grit and determination to act honorably and selflessly to save lives and care for the survivors, sets the course for this awe-inspiring story.