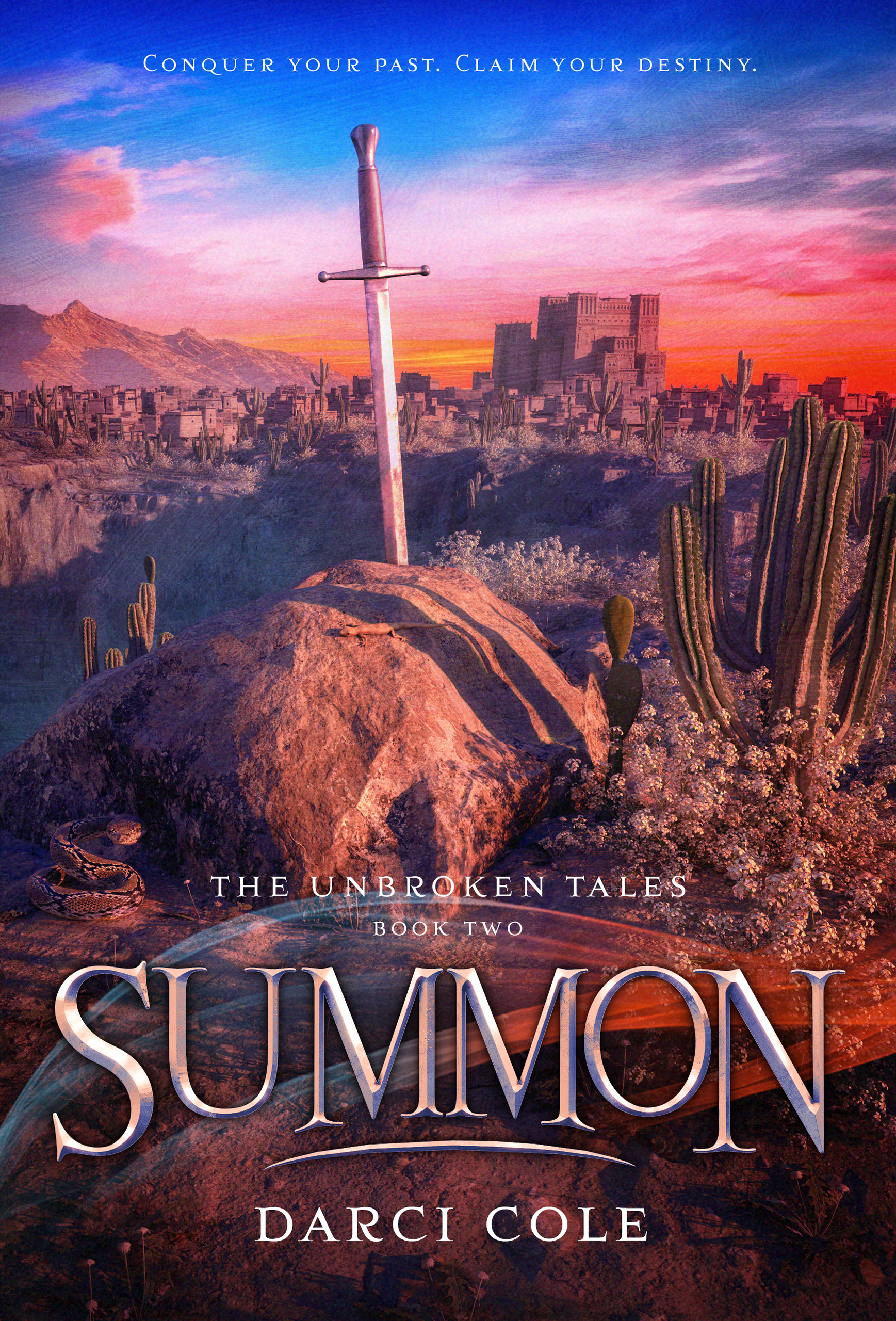 Carina never meant to pull Excalibur from that rock.

It’s been two years since she escaped to her late mother’s homeland of Medelios. She’d hoped to find a simple job, live out her life in peace, but unease enters her heart as she realizes the rich trade center she’d hoped for is stricken with poverty. And despite wanting to help, she’s powerless to fix anything.

Then a man called Merlin elbows himself into her path and reveals an unbelievable truth. Excalibur is a sword of legends, and it chose her to be the next heir to the Medelian throne.

The widowed and childless Medelian king has announced a tournament to help him choose his successor, and since the Medelian people know nothing of Excalibur’s purpose, Carina must use the tournament to prove her worth to the king, and win the hearts of the people. Through grueling tournament events and crowded balls Carina manages to win her contests. But her success marks her as a target. The nobility, already at each other’s throats, are not shy about making attempts on her life. Add rumors, lies, and a budding attraction to the magician guiding her, and Carina soon learns that the tournament is waged both on the field and in the heart.