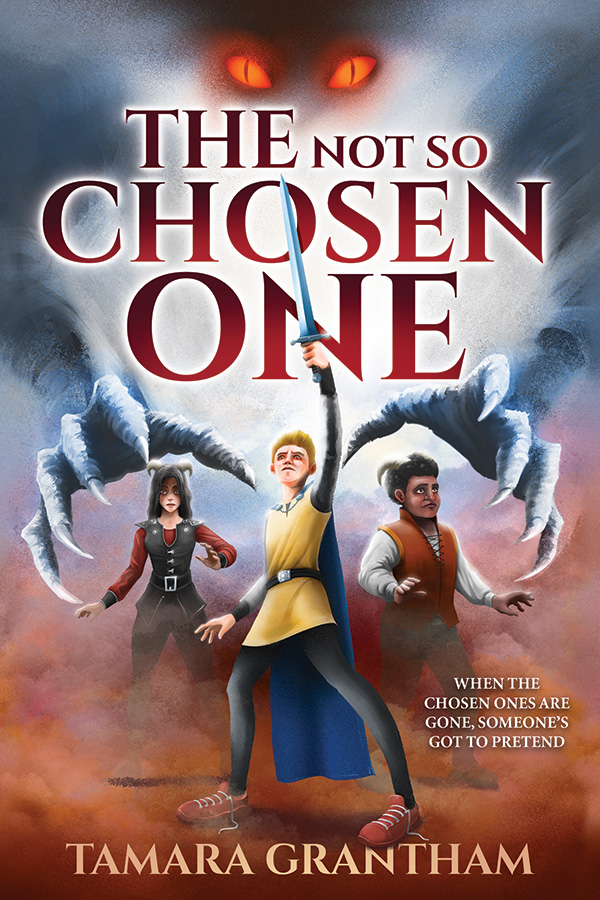 When the Chosen Ones are gone, someone’s got to pretend . . . In the kingdom of Alderfell, Gordy Simpleton is a normal thirteen-year-old kid. He washes disgusting dishes, babysits his whiny little sister, and sometimes gets to play video games on his MagiBox. But what Gordy really wants is to be a hero. Too bad the recently escaped Wraith king has killed them all.

When the Wraith king’s crows attack Gordy’s sister, her transformation into a wraith is inevitable. Only the now-extinct Chosen One can save her. Gordy hatches a plan to trick the Wraith king into believing he’s the Chosen One. He only needs a few things to be believable: a magical sword, a trusty dragon, and a wizard mentor. But true magical swords have been replaced by sarcastic, mouthy weapons, dragons are lazy and live in zoos, and wizards haven’t been seen for more than a hundred years.

With the help of his cousin and a mysterious girl named Luria, Gordy struggles to become the best pretend Chosen One the world has ever seen. If only he could convince the Wraith king and save his sister . . . and not doom the world in the process.