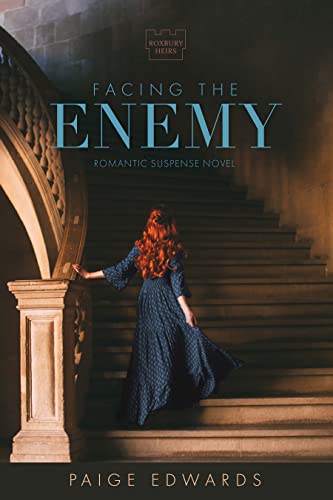 Lady Elise Henderson lives two separate lives. At home in Scotland, she’s the titled daughter of the Marquess of Roxbury, an heiress in her own right. In London, however, she’s Elise Taylor, a top MI6 operative for the “home office.” But when a devastating accident threatens to end her career, Elise is left with far too much time for self-reflection and the regret of a decision made long ago that features one man: fellow MI6 agent Harry Benson.

Harry Benson, the son of servants, has loved Elise for the better part of a decade. But life took them on separate journeys until their worlds converged once more. An immediate assignment to the Scottish Borders leaves Harry little time to make provisions for his small, rambunctious son, Sammy. Harry knows only one person he can rely on for the boy’s care—Elise. When Elise brings Sammy to her ancestral estate, she never imagines that a nemesis from her past looms in the shadows, hungry for revenge. Stalked at every turn, Elise and Harry discover that fighting their feelings for one another is futile, but can they survive long enough to get another shot at true love?