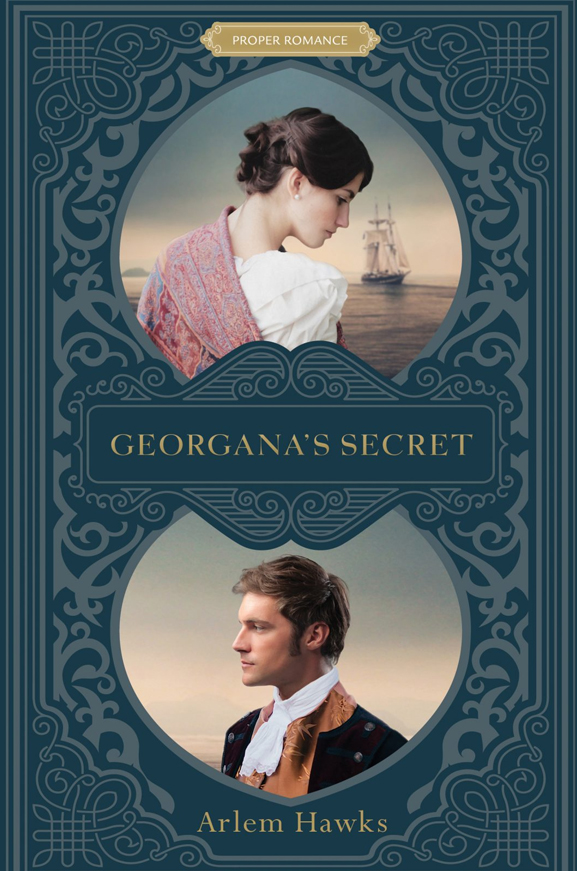 A Regency romance on the high seas. Two hearts yearning to find a safe harbor, and possibly, a lasting love.

As a young girl, Georgana Woodall dreamed of beautiful dresses, fancy balls, and falling in love. However, when her mother dies, she cannot face a future under the guardianship of her abusive grandmother and instead chooses to join her father on his ship disguised as his cabin boy, “George.”

Lieutenant Dominic Peyton has no time in his life for love, not with his dedication to His Majesty’s Royal Navy claiming his full attention. While trying to adjust to a new crew, he strives to be an exemplary officer and leader. When he sees the captain’s cabin boy being harassed by the crew, he immediately puts a stop to it and takes the “boy” under his wing. After discovering a number of clues, Dominic deduces that George is really a woman. Knowing that revealing the cabin boy’s secret would put her in serious danger from the rowdy crew, Dominic keeps silent and hides his growing affection for her.

Georgana is quickly losing her heart to Dominic’s compassion and care but is convinced nothing can come of her affection. She cannot continue to live her life on the sea, and having already missed too many seasons in London, her chances of being welcomed back into polite society and finding a suitable husband are quickly slipping away.

Georgana’s Secret is about two hearts yearning to find a safe harbor, and possibly, a lasting love.