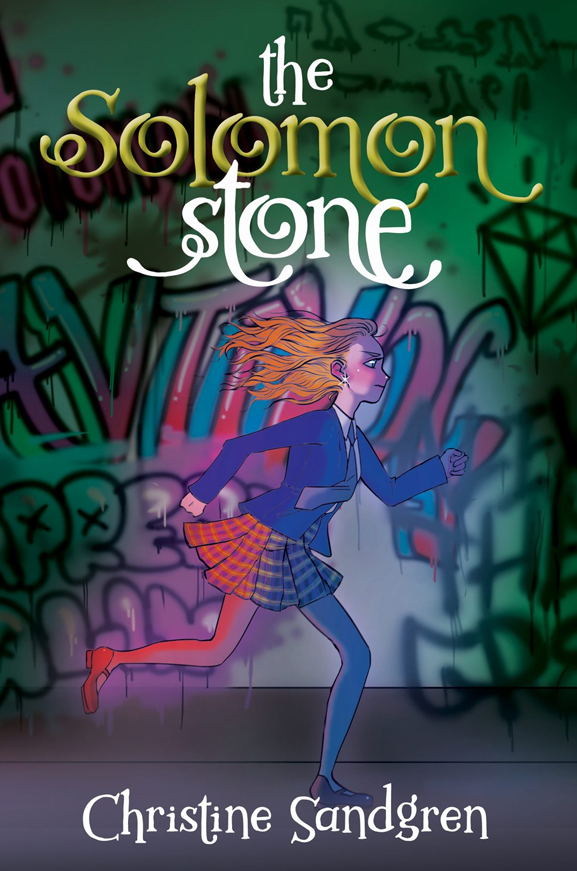 The Solomon Stone by Christine Sandgren

Twelve-year-old Ruby doesn’t know her last name. In fact, she doesn’t know a lot of things, including what happened to her parents or why she was abandoned on this scrubby little island where she couch surfs through life. What she does know, though, is that she’s the best tracker on the island and that, given the chance, she’d do just about anything to have a real family and a home.

When an island visitor recognizes her as his long-lost niece, she’s suddenly in Manhattan with a family, an actual friend, and a huge diamond that used to belong to the King Solomon. Also? Every member of her family has an extra-sensory gift of Sight. Well, everyone except Ruby. Gutterball.

When the diamond is stolen, and a classmate is found gravely injured, Ruby must hunt to uncover who is behind the sinister plot to unravel her new life. A heist gone wrong, a serious betrayal, and a single gunshot turn the tides. In a race against the clock, Ruby must decide whether to save herself, her newfound family, or the Solomon stone.